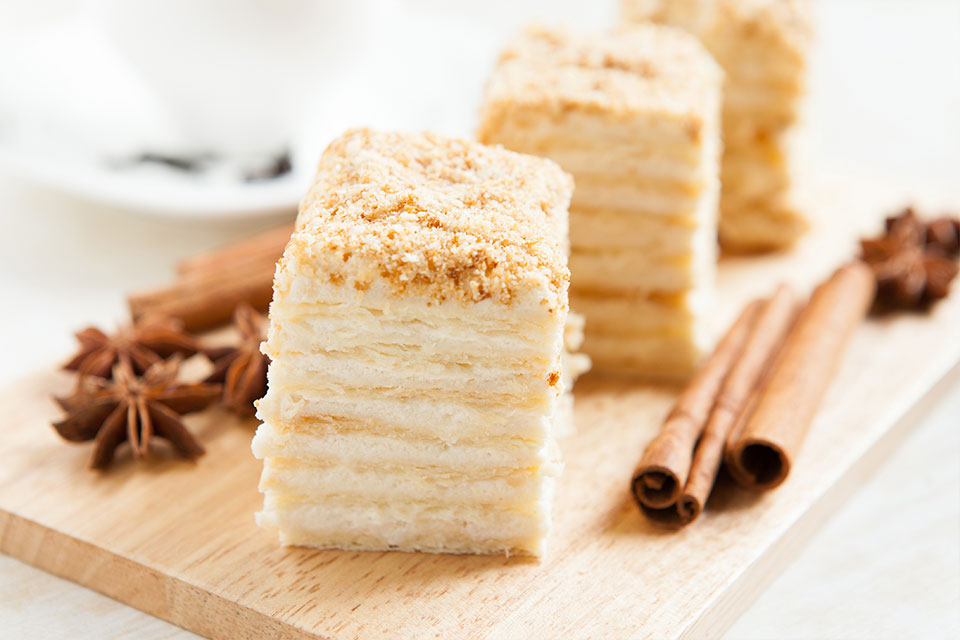 Rich and acidic in nature, this semi-liquid acts as a fat to produce moist, tender textures in cakes and pastries. Acids tenderize baked goods by breaking down long, stringy protein molecules into smaller pieces. Gluten – a major ingredient in flour – is a protein, so acidic ingredients like sour cream are ideal for tender results.

Regular Sour Cream is made from light cream and contains no less than 18 percent milkfat.

Reduced-Fat Sour Cream must contain at least 25 percent less milkfat than regular sour cream, though many on the market contain 40 percent less.