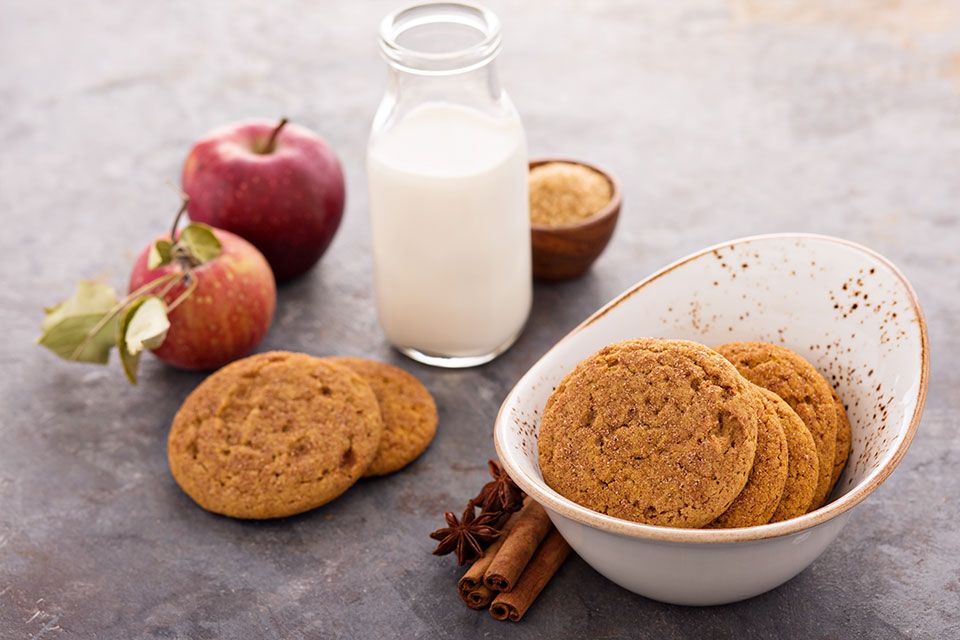 Role of Milk in Baking

Milk is used in many baking recipes, including custards, cookies, cakes and breads. Milk encourages the browning reactions characteristic of baked goods like pastry crusts, cookies and biscuits. Milk contributes to the keeping quality of bread and gives it a soft crust. Additional protein and sugar (lactose) in milk adds more sweetness and a browner color to baked goods than water. Whole milk adds fat, which in turn creates a richer taste and softer crumb.

Milk is produced by all mammals to nourish their newborns, and cow’s milk is also a nutritious food for humans. Most milk sold commercially in the U.S. comes from dairy cows.

Did You Know
Variations

Most varieties of drinking milk (nonfat, low-fat or whole) may be used interchangeably in baking. If using nonfat or 1 percent milk, you sacrifice richness. If you want to cut some fat in your baking, it’s best to use 2 percent. Drinking milk generally comes in half-pint, pint, quart, half-gallon and gallon containers.

Ultra-High-Temperature (UHT) Milk is processed for a very short time at higher pasteurization temperatures than used for regular pasteurization, which sterilizes the milk. UHT milk is packaged aseptically (in sterile boxes) and can be stored without refrigeration for up to three months. Once opened, UHT milk should be refrigerated.

Evaporated Milk is produced by removing 60 percent of the water. The concentrate is then homogenized, canned, and sterilized. Evaporated milk can be stored unrefrigerated until opened. It’s available in fat-free, low-fat (2 percent milkfat), and whole (4 percent milkfat) varieties and comes in 5- and 12-ounce cans.

Sweetened Condensed Milk is produced by adding sugar to homogenized milk and removing about 50 percent of the water. The sweetened concentrate is canned and the final product contains about 44 percent sugar, which helps preserve the condensed milk. Cans of sweetened condensed milk can be stored unrefrigerated until opened. It comes in 14-ounce cans.

Nonfat Dry Milk is produced by removing about 97 percent of the water from pasteurized nonfat milk.