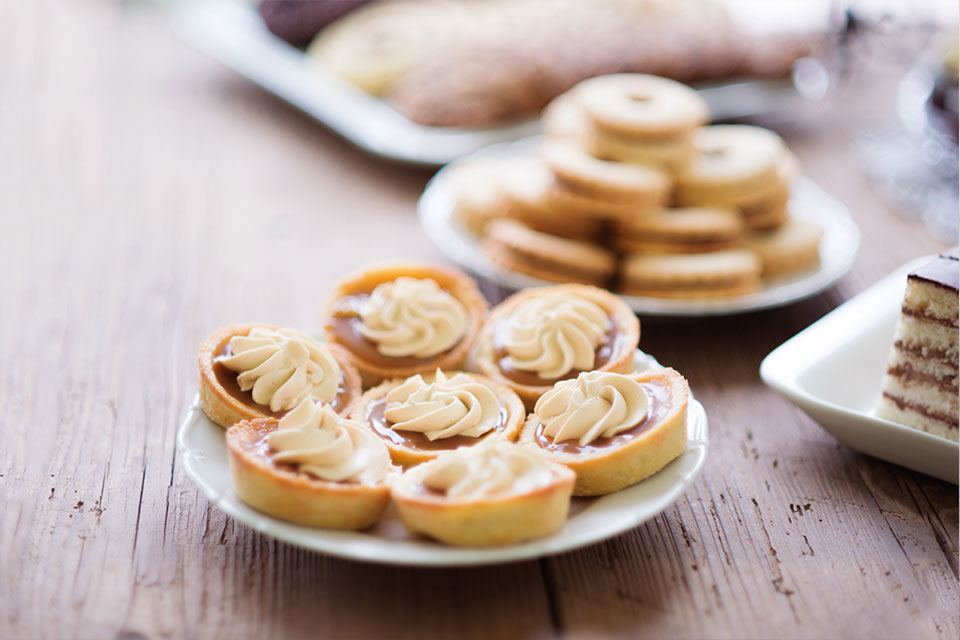 Role of Crème Fraîche in Baking

Crème fraîche provides the richness of heavy cream with a pleasant tang. It is similar in tang and ranges in texture from that of sour cream to almost as solid as softened butter. It has a slightly nutty flavor and a velvety nap that enriches without being heavy.

What is Crème Fraîche?

Crème fraîche is a matured cream in which lactic acids and natural ferments have been allowed to work until the cream has thickened. To make crème fraîche, cream is pasteurized and then seeded with a starter culture, much the way yogurt or cheese is made. It is found in the dairy cases of specialty food stores and many supermarkets.

Did You Know
Emergency Substitutions

While homemade crème fraîche does not have the depth of flavor or silky, smooth texture of the commercially produced variety, a substitute can be made at home in a pinch. Here are two methods: